Anyone, with any camera, any film, can take a great photo in the city on a sunny day. It's when the clouds roll in that things get challenging.

Contrary to the lyrics of the song, "Makes you think all the world's a sunny day, oh yeah ...", Kodachrome doesn't show you what's not there. Kodachrome doesn't sucker-punch you with hues reminiscent of an explosion in a paint factory! Kodachrome shows you the way it is, not the way some might wish it to be.

The look and feel of an urban scene is often captured well in black and white, which renders the earthy qualities, the grit, quite well.

Kodachrome, however, is the film of choice when the uninhibited nuances of the city are to be shown in color.

It was not a sunny day with those "Nice bright colors" when most of these were taken. It was mostly cloudy, with the sun peeking out every so often, as captured in this scene along Chicago's North Avenue. 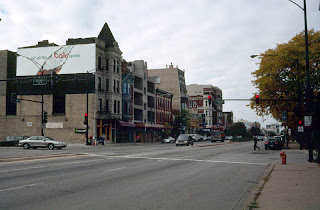 The sun breaking through, while still illuminating the clouds from above, gives a surreal, almost eerie feel to this scene looking south on Sedgwick. 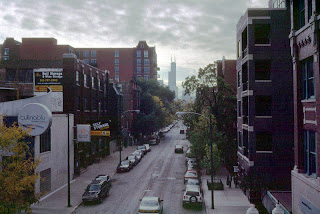 Ya know, even though I love Kodachrome and have since I was in my teens, I never really cared for the Paul Simon tune. Sorry. I always considered it to be yet another commercial-pop tune that was overplayed on AM stations, and one of S&G's (individual or together) weaker numbers. Hey, if you like it, all the better. If we all liked the same things, this world would be a very boring place! :)


A little bit of sunlight really brings out the colors, as rendered by Kodachrome, along the tree-lined streets of the Gold Coast. 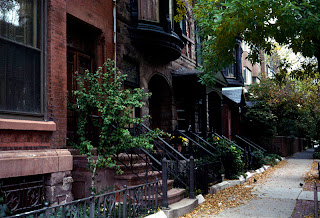 The sun peeks out long enough for a few shots in the River North district. 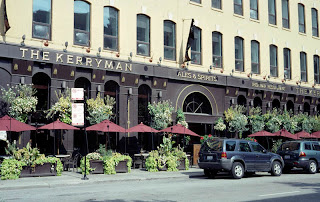 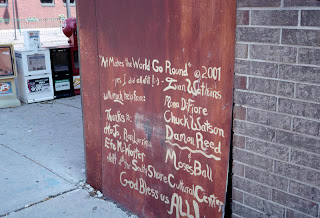 And, the sky clears for the most part as I eventually make my way into the heart of the loop. Here's a very interesting pattern in the demolition of a building on Monroe, right by the Whatever-they-are-calling-it-now Theater that used to be the Shubert. 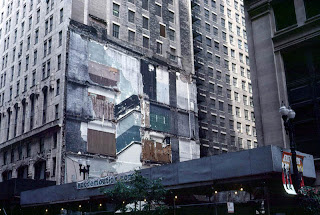 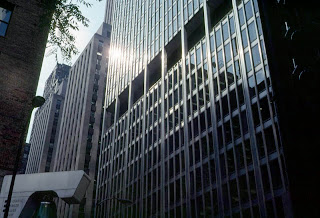 I seem to make it to Chicago once or twice a year, but I don't know how much longer I'm going to be able to capture Chicago in Kodachrome.

All is not bright and sunny for Kodachrome as a film. Kodachrome's days appear to be numbered. Kodachrome is a unique film (nonsubstantive) and requires its own special process. As of this writing, only one lab in the world, Dwayne's Photo of Parsons, Kansas, US, is open to the public and still does regular daily processing runs of Kodachrome. Sales of Kodachrome have been dropping sharply over the past five years or so and Kodak is said to be doing only one production run of new Kodachrome per year.

Kodachrome is seldom available at regular retail stores anymore, but is usually in stock at most of the larger photographic suppliers. It's speculated that the years of life left in Kodachrome can be counted on your hands with fingers left over.

Although Kodachrome is no longer as popular with casual snapshooters, it still has a very loyal following among some professionals and serious amateurs.

To celebrate the upcoming 75th. anniversary of Kodachrome in 2010, Daniel Bayer, of Aspen, Colorado, US, has started The Kodachrome Project, which has a site on the web at:

Dan also has an impressive collection of his own Kodachrome work on the web at:

If you're at all interested in Kodachrome, I would invite you to check out either or both of the above links.

Technical information: Kodachrome 64, Canon QL17 GIII
Posted by Omababe at 5:43 AM No comments: